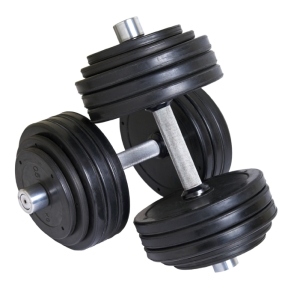 I belong to a gym that is an extension of a hospital.

Because of this, there are many elderly adults working out alongside those who pump hundreds of pounds in bench and squat.

The other day a very fragile woman was walking with her walker around the track and fell down.

Before I could get to her, a very large black man at least six foot six inches in height and probably weighing 280 pounds ran over to help her.

He was extremely gentle and patient with this small, frail, white woman and stayed with her until she was ready to get up. When she was he easily lifted her from the floor and helped her get where she was going.

That simple gesture made me think about the role of men.

What is a strong man? Is it about muscles and ability or something more? I believe Nehemiah can help us with this question.

The book of Nehemiah begins with the realization that the wall protecting the city of Jerusalem was not completed. It had been destroyed over 150 years earlier, and the Jews living there didn’t seem concerned.

To Nehemiah it was a travesty. The first thing we see is that a godly man sees a need.

As royal cup-bearer, Nehemiah was a slave to the King. And he knew in his heart that he had to get that wall built. The temple in Jerusalem had to be protected. God had to be honored. So he would risk everything.

He would ask the king to go against an earlier decree to rebuild the wall. He would ask for resources, protection, and time away from his own role as cup-bearer.

At any point he could be jailed or killed for these large requests, yet he knew he must try and stay strong.

Because of his determination and protection by God, the King gave him everything he desired.

Nehemiah was a man of prayer. And this Old Testament book is one of the best in the Bible on the study of prayer.

There are nine prayers listed in Nehemiah ranging from just a few words to a handful of verses, and each shows that Nehemiah was in touch and in tune with his God.

Nehemiah was a man who was honored among men. He lived a life that was above reproach. Nehemiah was honorable, trustworthy, true, and pure. Even as a slave he was given favor, but he had earned it through the life he lived.

The King gave him his requests because he had always been righteous and honest before him. This is something every man can learn.

Would the people around you say you were worthy of honor, not because of some accomplishment but because of the way you live?

This Old Testament character had no ulterior motives. He simply wanted and worked to honor his God. He organized the people of Jerusalem, labored day and night, and continued the build even through physical skirmishes with clans of the area.

It says they kept their clothes on to bathe so they would be prepared if an emergency occurred. A godly man should be focused and stay at the task given him. Nehemiah stayed on task. He never gave up.

The man who helped the lady in my story earlier can bench well over 400 pounds. He can squat that much or more and can deadlift well over 700 pounds.

But what makes him an example of strength is not his physical build and efforts, but the way he cared for others.

After the incident that day, I was able to talk with the man and found out he has a solid walk with Christ.

Of all of the men in the room, only two of us ran to help that sweet delicate lady, and I was glad to find that both of us attribute our strength to the Lord.